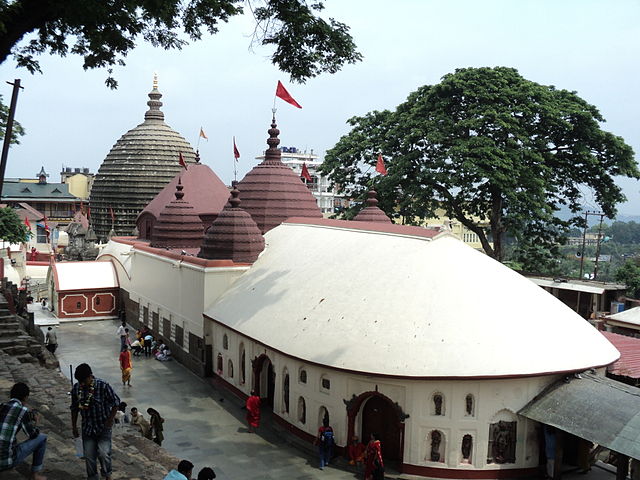 Situated in the south of eastern Himalayas, Assam is an exciting place to visit. The state is one of seven sister states of north-east including Arunachal Pradesh, Nagaland, Manipur, Mizoram, Tripura, and Meghalaya. Assam is also of great importance to national interest due to the presence of oil reserves. As a matter of fact, the first ever oil refinery in Asia was setup in Digboi, Assam. Tea cultivation here is done on a massive scale thereby contributing a huge share to the worlds total tea production.

Guwahati is the capital of Assam, and is well connected to the rest of the country by road, rail and air. Unlike other north-eastern states, rail connectivity is well established in Assam. So Guwahati serves as a major transit point for people travelling to from the rest of the north-eastern states. Dibrugarh is another important district in Assam where most of the big industries are located, and is also one among the top ten richest districts of India in terms of revenue.

The ideal time to visit is between October and April when the climate is cool with less rainfall. Rongali Bihu is the biggest festival in the state which happens around mid April; will be a big bonus if you can plan your travel accordingly. Some of the places of interest in the state include:

If you love to see wildlife in its natural inhabitant, these are the places to be. Both are declared UNESCO world heritage sites, and couple of the best in the country when it comes to wildlife diversity.

Kaziranga National park spans across the districts Golaghat, and Nayon. The place is host to the great one horned rhinoceroses which is a rare species. Other than that, the park is also home to large numbers of tiger, elephant, swamp deer, and water buffalo. In fact, Kaziranga national park holds the highest rank for tiger density among protected areas across the world.

Experiencing the unparallel natural beauty of these places, along with a chance to witness some of the rare species of wildlife, sounds like a real treat for an enthusiastic traveler.

Kareng Ghar gives you a glimpse of Assam when ruled by the Ahom Kingdom from 1228 to 1826, for almost 600 years. This palace best represents the Ahom architecture in all its uniqueness. It is located in Upper Assam, around 15 kilometers away from Shivasagar Township. Apart from Kerang Ghar, there are many other historical monuments in and around the town which are easily accessible, and a treat to visit.

Located at the top of Nilachal Hills, the Kamakhya temple is an important place of worship of Tantric Shaktism. The archeological evidence proves the existence of the temple during 8 – 9 th century period, but the actual origin can go back as far as 7 th century. This makes the temple one of the oldest of 51 Shakti Pithas. And in ancient times, it was believed that the temple also stood for a place of knowledge where scholars engaged in the study of astronomy and astrology. It is just 8 kilometers away from the Guwahati.

Located in Guwahati, the Assam state museum gives its visitors a wonderful opportunity to gather valuable information about the historical, and culture heritage of Assam. Many of the antiques displayed here are rare, and dates back to the pre-historic era. You also get to see a huge collection of tribal instruments, costumes, tools, paintings, and sculptures of various time periods. There is a library too in the museum.

Photo by Travelling Slacker, CC BY 2.0

A chance to visit a site belonging to Pala dynasty of Kamarupa, dating back to 9th and 10th century AD is definitely a tough deal to avoid. It is a temple complex consisting of the main temple (Madam Kamdev), and 12 other temples located in and around the premise. As a matter of fact, archeologists are still counting on the possibility of excavating more temple ruins. It is believed to be the most beautiful and grand temple constructed along the Brahmaputra valley during the medieval period.

From the busy town of Guwahati, to the quiet tea estates of upper Assam, the state is a blend of modern and traditional life styles. As a tourist, you get to experience so many new things. Be it the sighting of a one horned rhinoceros, or the taste of some of the best tea plantations in the world, a visit to Assam is sure to leave its mark.